A Moment of Silence for Mailbox (and Inbox Zero?) 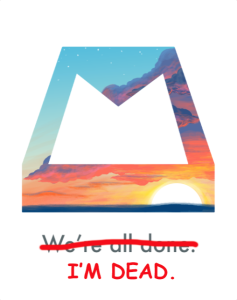 Dropbox announced that they’re shutting down Mailbox and Carousel this week. It’s sad to see a great product go, but as a fellow company operating in the mobile email space, the ramifications of this event are worth exploring.

The question is, why did Mailbox die? It was an incredibly popular app at launch (with a waitlist of over 1.3 million people) and if the sad comments surrounding its demise are any indication, it continues to be loved today.

As the property of Dropbox, Mailbox lives or dies by the management’s hand. There’s two possible reasons why Dropbox decided to axe Mailbox – either it’s not getting enough users, or it doesn’t fit in with the company strategy. Let’s look at both:

Techcrunch’s headline shouts that the shutdown is due to a failure to find users, since the app currently ranks at the 233rd spot in Productivity in the App Store and hasn’t been able to sustain its popularity beyond the launch. If people wanted what Mailbox had back then, why wouldn’t they want it now? Again, 2 possibilities here: either Mailbox’s features became commoditized, or they were never as popular as they seemed.

For one, Mailbox’s then-unique ability to swipe away your inbox like a todo list has become the default. Nearly every app on the market today has swipe functionality, although they don’t all treat your inbox as something to be cleaned like Mailbox does. The value of their product relied on the ease at which you could clear your inbox, by delaying, deleting, and (sometimes!) responding to the offending emails.

Industry standard features like supporting providers beyond Gmail were a long time coming, and others like the ability to file your mail into folders other than the default 4 never came. In all respects, Mailbox was the purest execution of the Inbox Zero philosophy out there – and nothing extra. 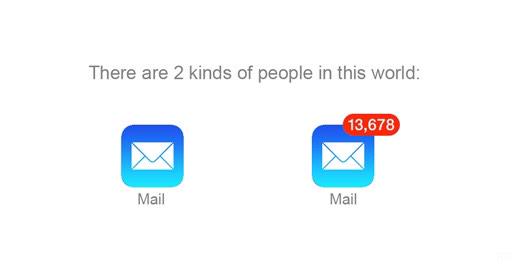 Mailbox pioneered swiping, but that’s all it has, and it’s nothing special now. Swipes alone may get you to Inbox Zero (and a million person waiting list), but that’s not enough to consistently gain users.

It’s possible that the very concept of Inbox Zero isn’t valued as highly as the reviewers who speak of it as ‘nirvana’ would have us believe. We’ve always thought that treating your email as a task list isn’t the best solution. Now that the best Inbox Zero client is gone, perhaps we’re not the only ones.

Explanation 2 – Dropbox Decided To Solve Email Outside the Inbox

Dropbox shutting down Carousel & Mailbox is decision from strength, not weakness. Knows where it needs to focus & unafraid to make calls…

Prominent venture capitalist Hunter Walk thinks so, plus it is the official reason given on the Mailbox blog post:

“When the Mailbox team joined Dropbox in 2013, we shared a passion for simplifying the way people work together. And solving the email problem seemed like a strong complement to the challenges Dropbox was already tackling.

But as we deepened our focus on collaboration, we realized there’s only so much an email app can do to fundamentally fix email. We’ve come to believe that the best way for us to improve people’s productivity going forward is to streamline the workflows that generate so much email in the first place.”

In short, they’re folding ‘the email problem’ into Paper, Dropbox’s beta work collaboration product. Certainly anyone on the Dropbox board of advisors would regard this as the right thing to do.

Either way, the lesson learned here is that Inbox Zero is not the right way to fix email. Either the public decided it by not adopting Mailbox’s elegant solution, or Dropbox decided it internally, but the result is the same – Mailbox is gone.

If Inbox Zero isn’t how to fix the email problem, what is? Dropbox, Slack, and many others are attacking the issue at its source – redefining the workflows that lead to so much email in the first place. Without tasks or internal messaging, is email good for nothing but marketing newsletters and spam?

The endless discounts are unavoidable, but we’re forgetting the true power of email – it is, and always will be, the best way to communicate with someone you don’t know well. A tool for communication, not organization. A messenger, if you will, rather than the task list Inbox Zero presupposes.

It’s a radical idea, but the demise of Mailbox makes it that much more likely. It was a slick app, a great Inbox Zero solution, and we honor its journey.

Needless to say, you know which app we recommend to replace them. 🙂

MailTime is an open and mobile messenger built with email technology. We reformat your cluttered email threads into clean bubble chats, and sort important emails based on your email behavior.

Email is about communication, not organization. Therefore mobile email should look like a mobile messenger, not desktop software!