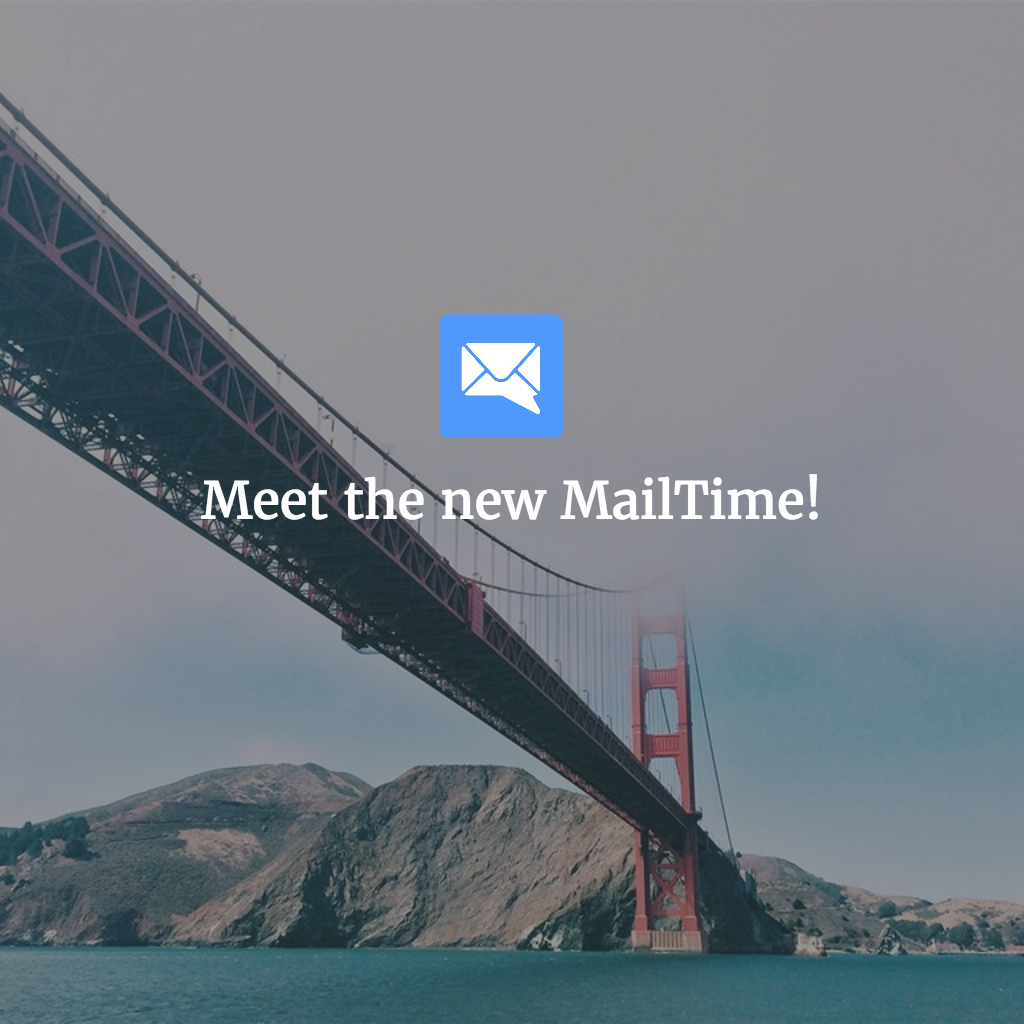 Hooray! As the Winner of 2016 Best Mobile App Awards – Best Lifestyle App, MailTime was interviewed by BMA and was featured on its Spotlight page! Our CEO Heatherm Huang shared a lot about MailTime’s story and also his insights on the mobile internet industry and more. Let’s take a look!

How is your app different than the rest of the market?

What really distinguishes MailTime is that it blurs the lines between emailing and texting. MailTime’s content parsing technology transforms email data into a new format resembling instant messaging. By getting rid of all the useless metadata and clutter, MailTime creates an exceptional messaging experience. Open platforms have historically been the best bet for longevity and email is here to stay. We are not building another email app that attempts to translate what you do on desktop to mobile. We are building a mobile communication tool that can connect everyone, instead of the closed mobile messengers.

Please share with us the backstory of what motivated you to create this app.

Our last project (in 2011) was “Talkbox,” a voice messenger app that went viral achieving 13 million users. But after major tech companies adopted the same features, the adoption slowed. We had to pivot to a new product and strategy, but we learned an important lesson — the challenges of a closed network — the hard way. It’s difficult for a startup, such as Talkbox, to expand via a closed network, because users can only communicate with users that have the same messenger app.

At MailTime, we built a new way to communicate built on an established open architecture. MailTime is a “text-messaging” service built on the open technology that connects everyone with an email address. That means you can use Mailtime to communicate with anyone with an email address, even if they aren’t using MailTime. We rely on word-of-mouth for promoting the MailTime app.

What features do you hope to roll out to your app in the future?

What has been the most rewarding aspect of the creation of this app?

The excitement and appreciation from our users. One user wrote to us to say, “No one on earth ever dared to tamper with the email system in the past decades since it’s invention. Great leap forward!”

What is the coolest or most innovative feature of your app?

The way people interact with emails today has changed dramatically, but the email experience has not. Users still have to scroll through pages of copies, signatures, and metadata to find what they need either on desktop or on mobile. It’s all more reminiscent of the desktop paradigm more than the modern mobile world.MailTime transforms the whole email experience into messaging.

What surprised you most in your journey to create this app?

There seems to be tons of communication apps in the market, but people are still not satisfied. They are still looking for a better way to communicate every day.

Which other mobile apps or technology have inspired you?

I’ve been fascinated by VR recently. It’s going to be a new method of seeing the world for everyone, not just a product for us to use. Watching how fast VR has grown in the recent two years has given us confidence in the next leap in technology.

Do you have any recommendations or advice for others wanting to create a mobile app?

Make something people want and build it fast.

How did you decide which platforms to release your app on and do you plan on releasing your app to other platforms?

All platforms are equally important. We launched on App Store first only because we finished our iOS version first. The default email solutions on both android and iOS are terrible.