The Mostly Asked Job Interview Questions: “Sell me this pen” 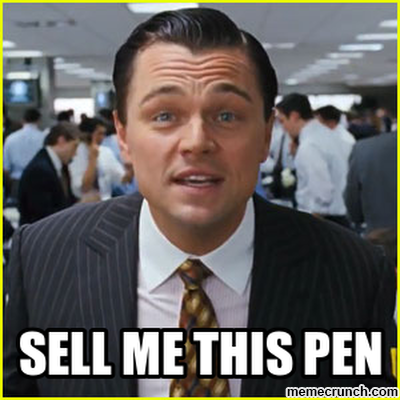 After all, we are all selling something for living. That’s why “Sell me this pen” has become one of the mostly asked questions in any kind of job interviews. It’s easy to react to but difficult to master of. Persuading anyone into something that comes from a stranger is not easy.

Now that a “salesman” takes cares of more stuff than just cold calls and cold emails (especially in the tech world where sales is called growth), but the basics of selling is still the same.

You need to know the buyer.

Here are two simple steps you need to know before you start to sell.