What Happened Before MailTime Got Featured on the App Store

In the past few months, MailTime has kept a low profile. MailTime 1.0 was good, but it wasn’t great, which made us reluctant to spend time and effort marketing an app they may not like now, when we could market a more likable one after the update.

While our coders and designers were busy making, the marketing team was stuck refining pitches and researching new channels. Every week we talked about launching 2.0 next week, but then some new issue would come up, and launch week never came. ‘The Big March Update’ got pushed into April, and finally to May. We stopped saying ‘next week’ altogether. These were tough times.

It had a happy ending – MailTime 2.0 launched on May 28 on the top of the US App Store’s Productivity Category, and on the front page in 18 other countries worldwide as the Best New Apps. This coverage last over 3 weeks and drove tens of thousands of downloads every day. Now that’s a good MailTime!

Here’s a look at 3 things at we did before the launch that helped get us featured.

“If we publish now, we give up localization.” – Frustrated MailTime engineer on few hours of sleep.

Localization is an important step for any app looking to grow beyond its national borders. There are plenty of non-English speakers who would love your app, and by not localizing you are missing out on these valuable users.

That said, localization is not easy. You need to customize every button to fit the new words, work back and forth with translators, and may miss mistakes only to spot them the day before launch. Some of the team wanted to launch with English only and push localization back until the next update. We decided that localization was important enough to delay the launch, and scrambled to find a better solution.

OneSky was that solution. OneSky is a localization platform that combines a translator marketplace with simple quality assurance tools, contextual tips, and even ways to minimize breaking the UI. We used it to localize MailTime 2.0 into Chinese, Japanese, Korean, Spanish, Portuguese, French, German, Italian, Dutch, and Russian – which was probably instrumental in getting us featured in many of those countries later!

(A localized poster made specially for the Japanese market)

We knew there were ways we could improve Mailtime’s visibility through App Store Optimization, but we hadn’t invested in any tools yet until we bumped into Aykut, our San Francisco neighbor and founder of MobileAction. With an ASO score of ‘F’, he reminded us that we’d better make some changes before the new version.

We registered immediately and checked competitors’ keywords and performance. Email keywords are very competitive. If you search “email” or “gmail”, a lot of unrelated fringe products will show up, making such popular keywords difficult to use. We had used “email”, and “mail” as our keywords in the first version and it was obvious we could do better.

We decided to change the app’s tagline to help this. Our last name was “MailTime – Messaging Style Email”. This was clean, clear, and short, but almost invisible – the only keyword we truly owned was ‘Mailtime’. Since MailTime’s goal is to be a mobile messenger built on email’s open technology, we changed the name to “MailTime – The Email Messenger”.

We also had to localize our keywords and app description as well, which cannot be done from a translation platform. MobileAction’s KeyWord Detector let us see what other email apps had used as their keywords in different countries, which allowed us to better choose our own.

The platform also peppered us with valuable tips and suggestions like “it’s better not to repeat the keywords that are already in your app name”. This was new to us and very valuable – there are only 100 words available in your description, so we wasted a lot of them by repeating!

After that, we started to check the recommended actions more frequently.

After pushing it off for weeks, we finally uploaded the new version to the App Store and eagerly started waiting for it to be approved. The average amount of time for Apple to review an app is 11 days, but we got our answer only a few days later – a no!

Apple doesn’t allow you to use discount codes in your app, which had been one of the ways we had planned to attract users to invite more friends to join the app. After removing that from the app along with a few other technical tweaks, we were ready to go.

We should note that it was not these last few tweaks that helped with the featuring. A common piece of advice found in every ‘how to get featured by apple’ post is to cater to their design aesthetic. Make things pretty, make them simple, make them fit in on the iOS platform. MailTime has had that from the very beginning. 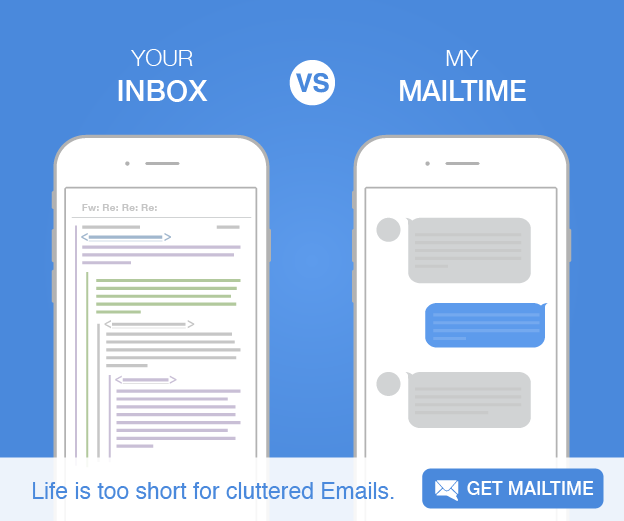 Beyond making an app worth featuring, there’s no secret step that will automatically get you featured in the app store. But if you streamline your design, optimize your keywords, and localize your app, you’ll do better than most. Hope our story helps! Good luck to everyone who is launching “next week”.