Why We Believe That Inbox Zero Is A Lie 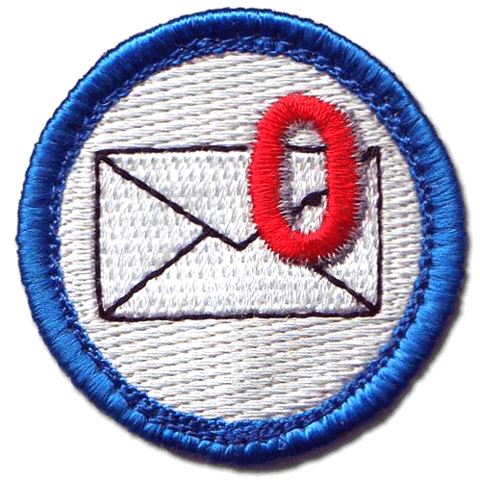 Inbox Zero has been treated as ‘the Holy Grail of the digital lifestyle’. Keeping that little box of notifications empty has become a point of pride, productivity, and happiness for many. From the dozens of articles on how to achieve Inbox Zero to the verbiage admonishing us to zap, destroy, and sterilize our inbox, you’d start to think that anyone who closes their computer with a lingering messages is subhuman. There’s even a set of nerd merit badges for the practice.

In theory, Inbox Zero keeps your life in order by ensuring that nobody who messages you falls through the cracks. But in reality, it can cause more problems than it solves. Here’s why:

Your inbox is generally full of things other people want you to do. Whether it’s your response, your attention, or your completion of a task, emails by definition represent things you wouldn’t be doing otherwise. Yes, they are important, but if you prioritize them over your own agenda your own needs will fall aside. Sometimes the most urgent or important task can’t be found in the inbox.

Normally that’s no problem, since email is but one part of a productive workday. But with Inbox Zero, you’re held to a higher standard. Now other people’s problems requires immediate attention, or else (gasp) your inbox won’t be empty. Even the act of organizing emails for later wastes cognitive energy that could have been invested in your own projects. Spend your energy in the best way you see fit, not in the service of a nefarious email mandate.

It’s a sordid truth of email that the more time you spend answering emails, the more emails you get. Every outbound message is an invitation for an inbound one. The vicious cycle never ends.

This means that the coveted Inbox Zero will never last more than a few hours. Once that little number hits zero , it’s only a matter of time before everyone you just emailed gets back to you, bringing you back to where you started. Authentic Inbox Zero would require babysitting your inbox constantly in order to make sure that it never fills up. Meanwhile, what about the rest of your work?

From newsletters to discounts, a large percentage of our inboxes aren’t things we need to respond to. Oftentimes they’re nothing more than discounts or confirmations from businesses you don’t care about. Time-sensitive sales are great when you’re thinking of purchasing, but it gets in the way of everything else you need to do.

Again, in a normal inbox, the 20% sale coupons slide across your vision with no second thought, but under Inbox Zero’s iron fist, this triviality demands your attention. Now you must archive or delete the mail instead of letting it slide forgotten to the bottom of your screen. It’s evolved from a minor distraction into another task to add to the towering list

Worse than all this, halfway adherence to Inbox Zero feels like failure. Your Unread number becomes an omnipresent reminder of your failure to live up to expectations, and a constant distraction from other work. The practice adopted in order to help you accomplish more and worry less ends up having the reverse effect.

To those of us free of Inbox Zero, that stratospheric number peeking out over the browser window is nothing more than a fact of life. It holds no power over us, since it matters little what it displays. We can focus on what’s really important in our work, instead of what our Inbox tells us is.

At Mailtime, we don’t believe in Inbox Zero. Emails are conversations, not to-do lists from hell. Our messaging style view reflects that, showing email as streams of communications rather than a never ending list of obligations. And our divided inbox intelligently sorts real people from everything else, allowing you further focus on what’s truly important.

Forget Inbox Zero. Your inbox is amazing just the way it is.